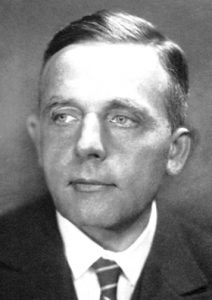 Cancer, above all other diseases, has countless secondary causes. But, even for cancer, there is only one prime cause. Summarized in a few words, the prime cause of cancer is the replacement of the respiration of oxygen in normal body cells by a fermentation of sugar.

What two things are necessary for fermentation? – Glucose(sugar) and Yeast(fungus). ~Content Source

Glucose is a sugar molecule and is the main component of starch, cellulose and glycogen. It is named after the Greek word ‘glycos’ meaning ‘sugar or ‘sweet’ and was first derived from raisins by the scientist Andreas Marggraf in 1747. Glucose contains the six carbon atoms, 12 hydrogen atoms and six oxygen atoms required to make alcohol. The structure of glucose is thought of as constantly switching between a chain and a ring because the carbon bonds of the chain are flexible enough join together to form a chain ring, but easily rebroken.

Yeast is not a chemical but a living microorganism. It is useful to the fermentation process because it helps the glucose molecule break down into its constituent parts, which then form alcohol. It is the enzymes(digestive) contained in the yeast, rather than the yeast itself, that breaks the chemical bonds of the glucose and allows the formation of alcohol. Because of this, the yeast remains unchanged at the end of the reaction while the glucose molecule is deconstructed. Substances that aid a reaction but remain unchanged afterwards are known as catalysts.

How to ferment sugar…

Yeast are single-celled microorganisms that are classified, along with molds and mushrooms, as members of the Kingdom Fungi. Yeasts are evolutionally diverse and are therefore classified into two separate phyla, Ascomycota or sac fungi and Basidiomycota or higher fungi, that together form the subkingdom Dikarya.

Yeast are single-celled microorganisms that are classified, along with molds and mushrooms, as members of the Kingdom Fungi. Yeasts are evolutionally diverse and are therefore classified into two separate phyla, Ascomycota or sac fungi and Basidiomycota or higher fungi, that together form the subkingdom Dikarya. Budding yeast, also referred to as “true yeasts”, are members of the phylum Ascomycota and the order Saccharomycetales. Such classifications are based on characteristics of the cell, ascospore, and colony, as well as cellular physiology.

Yeast are Single-celled, but with Cellular Organization Similar to Higher Organisms

Although yeast are single-celled organisms, they possess a cellular organization similar to that of higher organisms, including humans. Specifically, their genetic content is contained within a nucleus. This classifies them as eukaryotic organisms, unlike their single-celled counterparts, bacteria, which do not have a nucleus and are considered prokaryotes.

Yeast are widely dispersed in nature with a wide variety of habitats. They are commonly found on plant leaves, flowers, and fruits, as well as in soil. Yeast are also found on the surface of the skin and in the intestinal tracts of warm-blooded animals, where they may live symbiotically or as parasites. The common “yeast infection” is typically caused by Candida albicans. In addition to being the causative agent in vaginal yeast infections, Candida is also the cause of diaper rash and thrush of the mouth and throat.