One of the country’s biggest pharmaceutical companies, Johnson & Johnson, is working on a new drug for depression. It’s based on ketamine. Ketamine is a common anesthetic. It’s also a popular party drug known as Special K. But doctors are using ketamine to treat an increasingly wide range of psychiatric disorders.

NPR science correspondent Jon Hamilton joins us now in the studio to talk more about this. Hey, Jon. 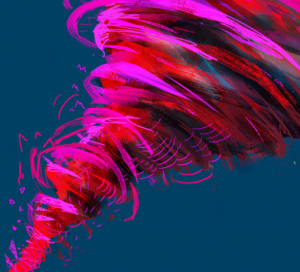 MARTIN: All right. So you have reported a story on this. But first, before we get to that, just tell us a little more about ketamine.

HAMILTON: Well, ketamine is a drug that if you’ve encountered it, chances are it was in an emergency room. So like, when my kid broke his arm, the drug they used before they set the fracture was ketamine.

MARTIN: Same for my kid. Yeah.

HAMILTON: Yeah. Very effective. And a number of years ago, scientists figured out that ketamine also could be used to relieve depression. This was sort of an accidental discovery. Not only did it relieve depression, but it did it within a matter of hours.

HAMILTON: Yeah. I mean, it’s incredibly fast, especially when you consider that most antidepressants can take weeks to work. And so since then a bunch of psychiatrists have been prescribing it to their patients even though it’s not approved for this purpose.

MARTIN: All right. So what does it do, exactly? What’s the effect on the body?

HAMILTON: Ketamine is something they call a dissociative. It kind of interrupts the connection between the mind and the body, which is why you don’t feel pain anymore. But it also seems to do a lot of different things in the brain, and that is probably why it is likely to be used with a lot of different psychological problems. So I met a guy who had a lot of problems not too long ago. His name is James. He’s an advertising executive in New York. And this guy, he’s doing great now. He’s married with kids, and he feels really good.

JAMES: I’ve really enjoyed my life in the last, you know, five or six years.

HAMILTON: That’s how long he’s been taking a small dose of ketamine every other day. Before that, things had become pretty bleak for James, who asked that we not use his full name because doing so might hurt his career. He says even as a child his thoughts were out of control.

JAMES: I always felt like I was crossing a freeway at any given moment and my thoughts were just racing past me, and I would grab one and go with that for a minute.

HAMILTON: James also spent much of his childhood terrified of something he couldn’t quite describe.

JAMES: An unknown, an ambiguous force out there. And it was overwhelming. I literally slept with the cover over my head with just room to breathe through my mouth until I went to college.

HAMILTON: And there was something else about James – his body temperature.

JAMES: I overheated constantly. I would wear shorts all year long. In my 20s, in my apartment, I would sleep with the windows open in the middle of the winter.

HAMILTON: In his late 20s, James saw a doctor who told him he had attention deficit hyperactivity disorder. So he started taking stimulants. At first, they helped him focus. Then they didn’t no matter how many pills he took. James couldn’t work. His mood swings were rapid and extreme, and he was consumed by gruesome thoughts like a murderer coming for his family.

JAMES: My wife took a summer off to be with me ’cause she was scared of what was going to happen to me. She would go to work for a few hours, rush home. There’d be times I’d call her just screaming, please come home; I can’t get through another minute.

HAMILTON: Eventually, James found his way to Demitri Papolos, a psychiatrist in Connecticut who treats a lot of patients like James.

DEMITRI PAPOLOS: He was like a whirling dervish when he came into my office. And he was extremely fearful and scanning the environment all the time, and he overheated at the drop of a hat.

PAPOLOS: It’s been transformational for this syndrome.

HAMILTON: Ketamine is an anesthetic that’s often used on children because it’s considered so safe. The drug appears to help people with depression by encouraging their brains to rewire quickly. And this rewiring also could be why ketamine helps people like James who have symptoms of several different psychiatric disorders. Martin Teicher, a psychiatrist at McLean Hospital and Harvard Medical School, says ketamine seems to tweak lots of different circuits in the brain.

MARTIN TEICHER: Anti-anxiety, mood stabilization, some degree of antidepressants. So I think it’s having, you know, multiple effects and that that means it’s probably useful for multiple different disorders.

TEICHER: The animal literature says it is very good in terms of diminishing fear sensitization, which I think is at the core of post-traumatic stress disorder.

HAMILTON: Teicher says ketamine may even prove useful for people with obsessive-compulsive disorder.

TEICHER: I think it’s actually one of the biggest advances in psychiatry in a very long time. I mean, it doesn’t work for everybody, but it’s sort of remarkable to have a treatment that can work pretty much immediately.

HAMILTON: James says he didn’t know much about ketamine when he started taking it six years ago.

JAMES: I had heard of it, you know, as a party drug of some sorts.

HAMILTON: And at first, James was on such a small dose that it didn’t do much. But as the dose increased, the effect was dramatic.

HAMILTON: The next day, James did sit down at his computer. A month later, he got a job.

MARTIN: He got a job. So things are better for him now?

MARTIN: Johnson & Johnson, though, we referenced them in the intro. That company has been working on a prescription drug based on ketamine. How close is it to being approved and marketed?

HAMILTON: Right. This is a drug called Esketamine, and they’re working on a form that you take as a nasal spray. And it has finished what they call Phase 3 trials, which is the last step before you submit it to the FDA for approval. They expect to submit it later this year. And it’s possible there could be a drug based on this next year sometime.

MARTIN: Are there risks, though?

HAMILTON: There are risks to ketamine. It’s a drug of abuse. People become addicted to it sometimes. It can make you hallucinate. And there isn’t so much known about what happens when you take it for a long time. People who have abused it for a long time seem to have bladder problems. But beyond that, people really don’t know what years of taking ketamine does to you.

MARTIN: And like that doctor said who you spoke with, it works on some people, doesn’t work for other people.

HAMILTON: It does not work for everybody.

MARTIN: All right. NPR science correspondent Jon Hamilton for us today. Thanks so much, Jon.